Jean-Jacques Sempé’s signature and my drawing for him

Before we left Paris, we wanted to go to a nice restaurant. After watching a lot of old video works in Pompidou Center, we had a glass of Leffe beer and a Mohito, and we headed towards Mont Parnasse. Across the bridge past Notre-Dame, we walked through a street with lots of interesting restaurants. It was not easy to choose one by just looking at the menu and the place’s appearance. Finally we grew tired and chose a restaurant called ‘Marco Polo’. I didn’t want Italian food, remembering the feel in my stomach when I had pasta a few days earlier, but the restaurant somehow looked really nice, with people sitting outdoors. I looked at the menu and I almost screamed right away: the drawings in the menu were done by Jean-Jacques Sempe, my favorite illustrator. There was no doubt that the restaurant would be great if he had illustrated the menu. In the menu, he had written ‘For Pablo and his lover’. As if he popped up from the drawing, a man with thick-framed glasses came.

I asked him “Are you Pablo?” “Yes” “I’m a huge fan of this illustrator, do you know him?” “Do I know him? More than enough, he and I are friends for 28 years! There, the man with the cigaratte, he is Jean. Jean-Jacques Sempe!” “What? Is he in this restaurant?” I looked for him and found a gentleman I had seen somewhere before, probably in one of his books. He was sitting with a beautiful woman and was listening to a couple’s story. I tried not to bother him by glimpsing too much, but my heart was about to explode.

After dinner, he and his group were waiting for a car. I went to him and he looked at me. “Hi… you are my favorite illustrator.” He kissed my hand without saying anything as if it was an honor for him to meet me. I never met that kind of gentleman and I didn’t know what to do. I passed him a pen and notepad. “Can I ask for your autograph?” He drew himself carefully as a man who just took his hat off to say hi. He said “Au revoir, madmoiselle-” and he kissed both my cheeks. After he left in his old-fashioned BMW, I felt like I was dreaming. Paris gave me a gift that I can’t forget. Je t’aime Paris! 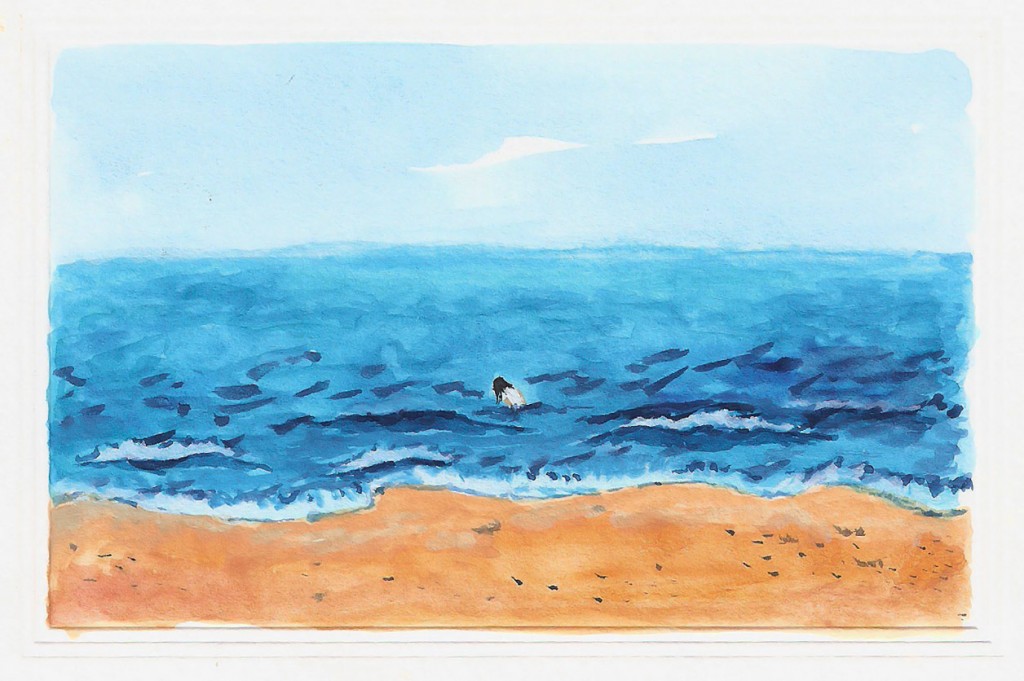 One of my friends lost his glasses in the sea when we went to Coney Island, NY. We tried to find them, but the sea was too massive. It was one of the moments that I saw myself as a tiny creature in this universe. I thought I could compare this experience with searching for the truth in life. Far fetched, but a little philosophical. 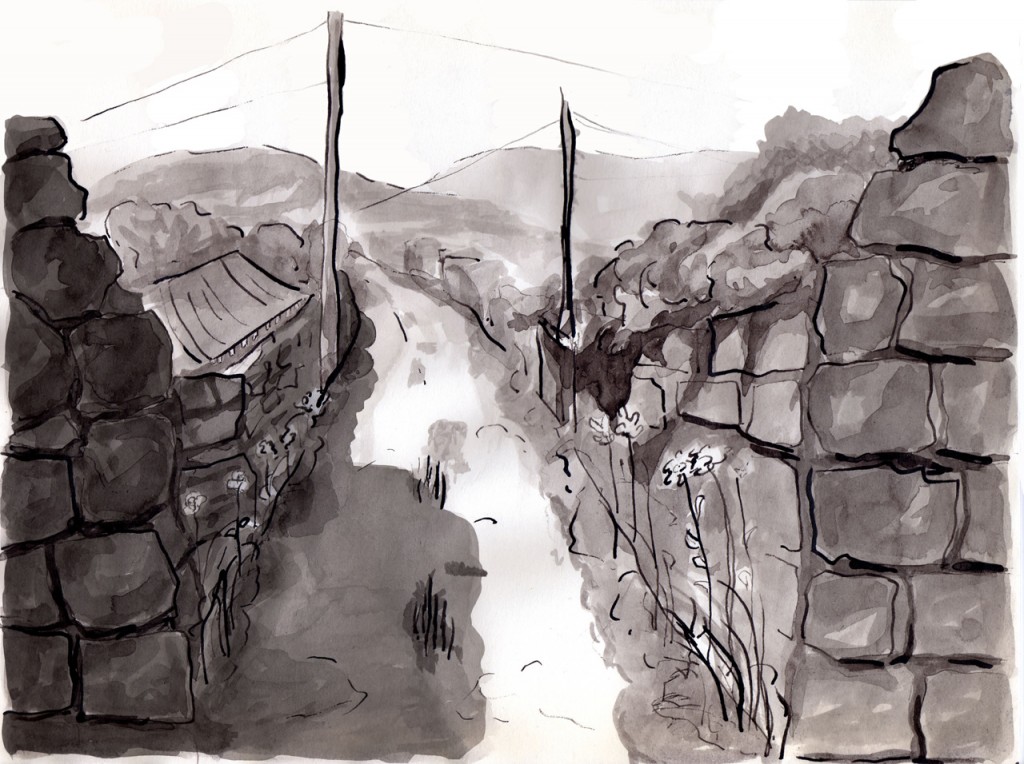 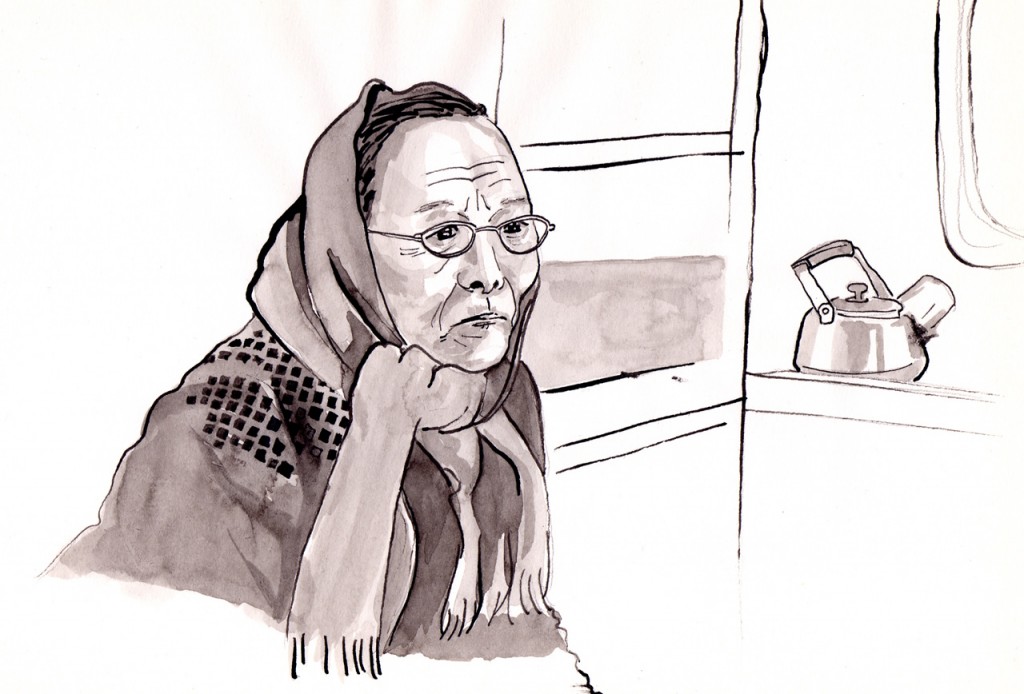 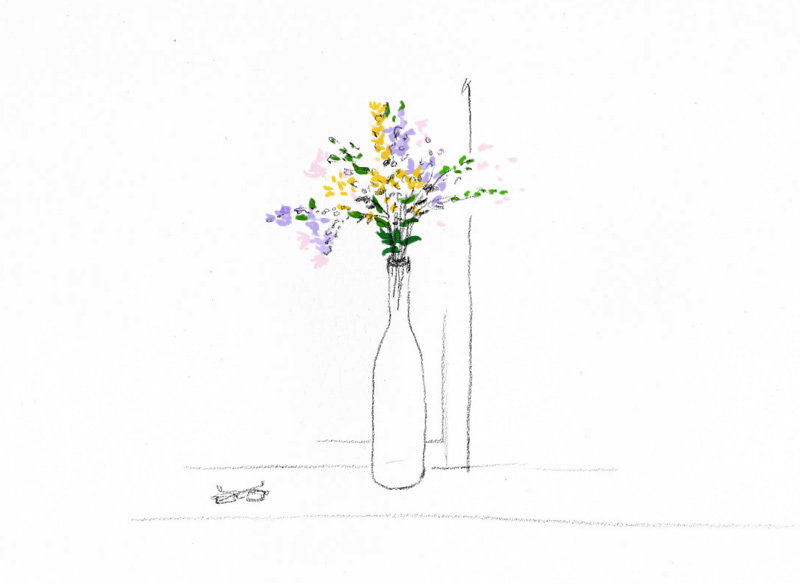 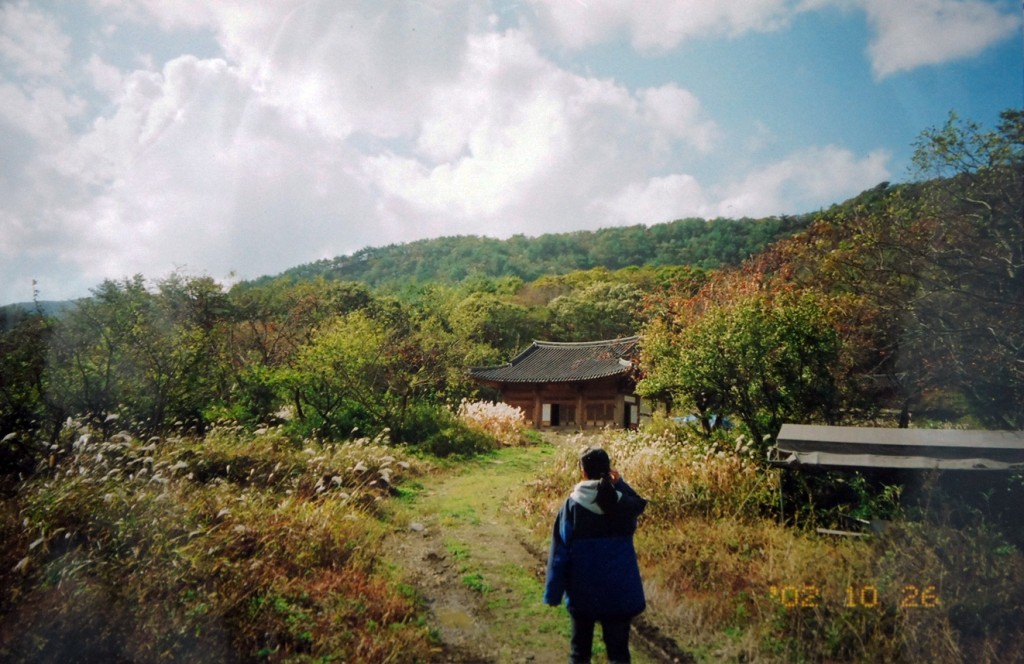 Isn’t this beautiful? I miss the color.
photo by Sung Hee Lee, 2002 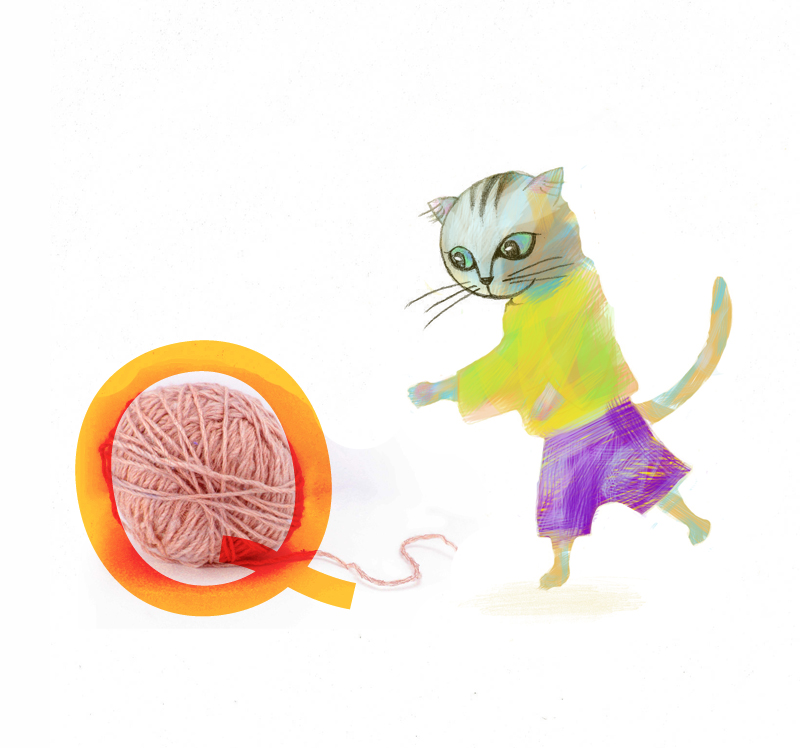 I created a cat and named Oscar. I like him. 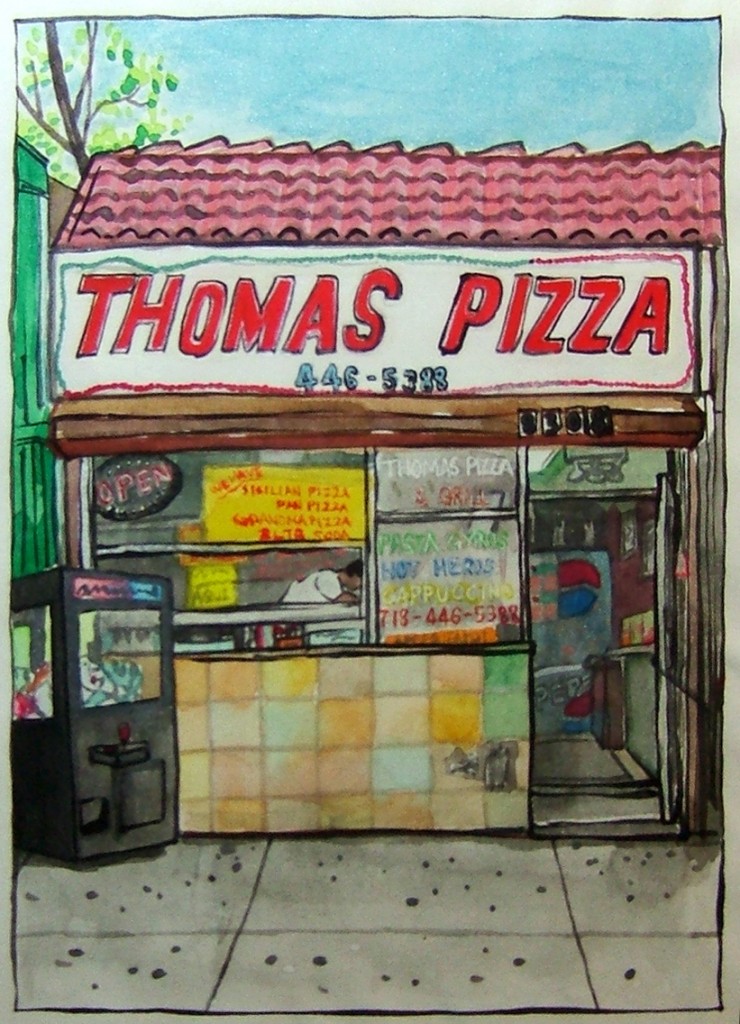 This drawing may still be displayed in the restaurant. 83-08 37th Ave. Jackson Hts. NY 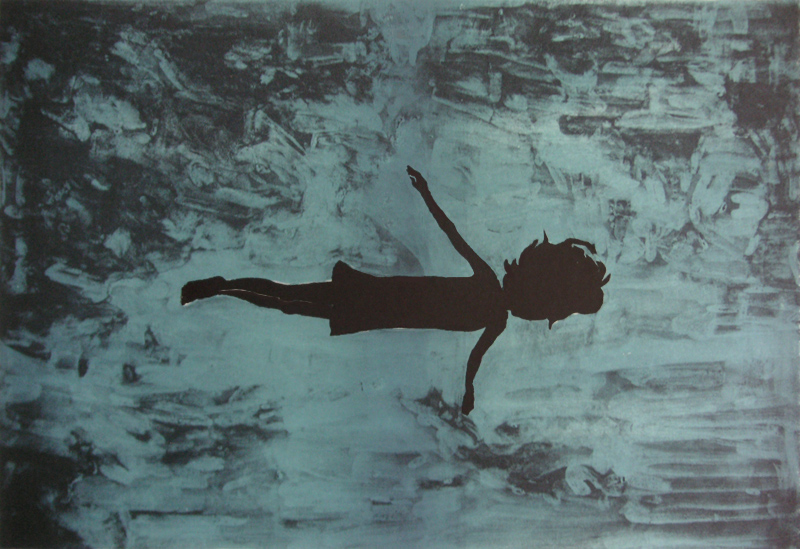 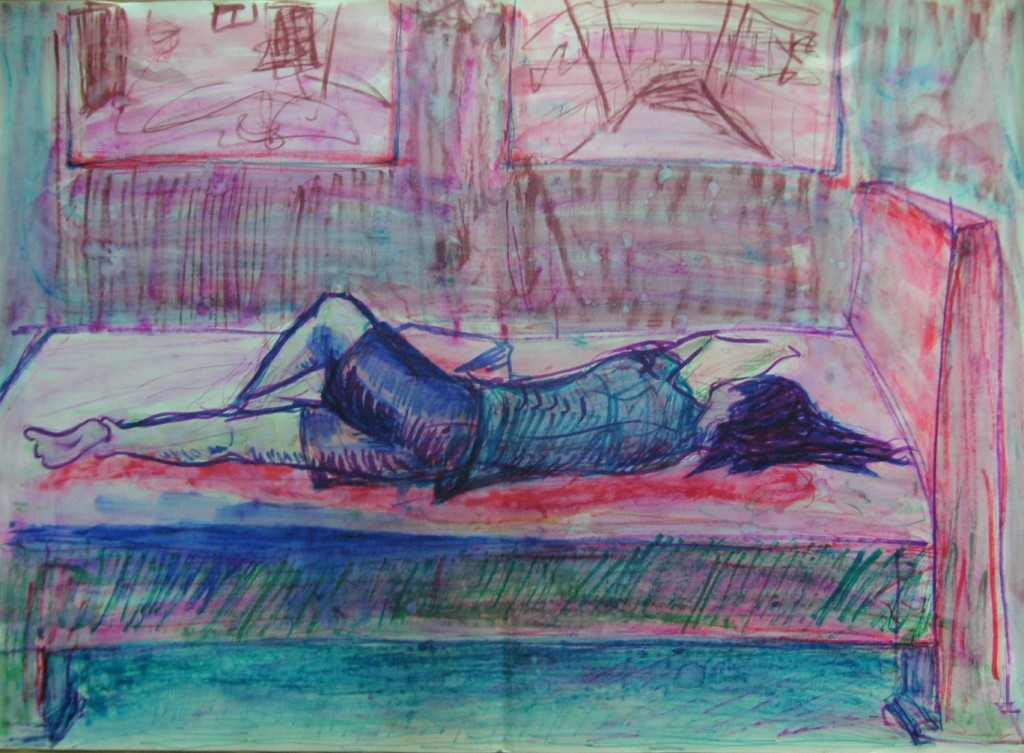 Stuck on my bed, feeling everything is soaked and heavy. I drew this about 10 years ago with cheap marker pens on a large paper (50×35 in). I tore the marker pens apart and used the sponge inside.